We are not growing mums this year and this has been a cool September so far.  I wanted to share some of the plants that are blooming now, although we don't have any of them left for sale.  We will next spring!  I grow 'Britt Marie Crawford' ligularia in full sun.  Most ligularias require shade, but the sun brings out the maroon color on the foliage and it rarely droops from the heat. 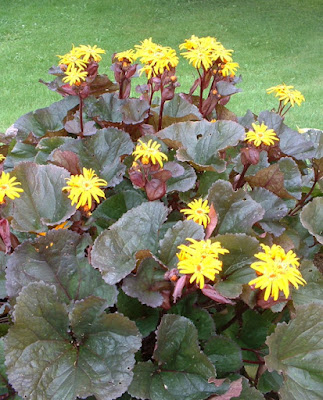 Another plant I grow first and foremost for its foliage is 'Black Negligee' cimifugia.  It's not the fastest grower, but it's easy to grow (again in full sun) and doesn't seem to have any pests. 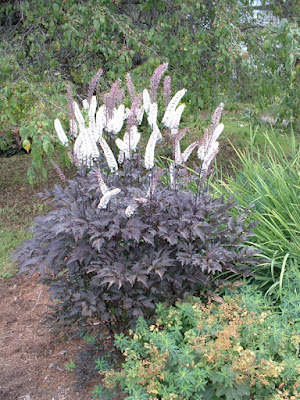 'Asahi' heliopsis (false sunflower) looks more like a dahlia.  It is long lasting on the plant and in bouquets.  It does not self-seed like  heliopsis 'summer sun'. 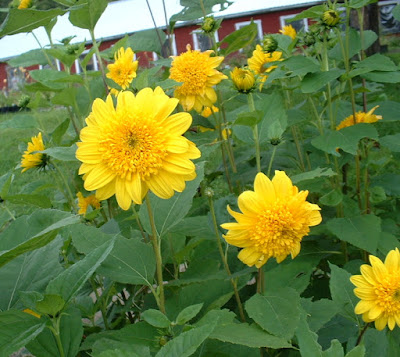 Most of the daylilies have gone by, but 'Lilting Lavender' still has lots of buds. 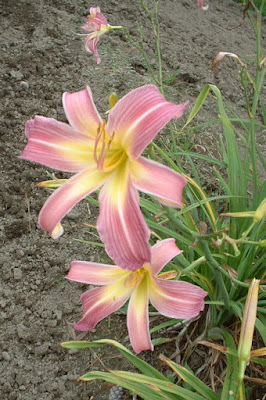 All the sedums are blooming or are right on the edge.  This nice variegated variety is 'summer charm.' 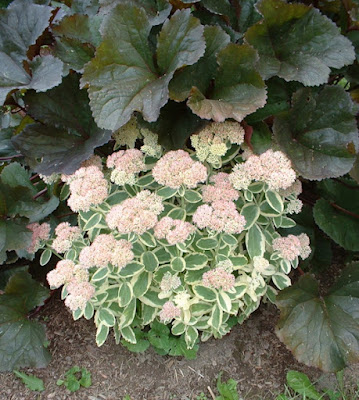 I grow sanguisorba Canidiensis (Canadian burnet) just as much for its pretty foliage as for its late white blooms, although I am always grateful to have it around for bouquets this time of year.  The Japanese beetles like this plant as well and it can be a spreader, but I have found a little digging in the spring tames it. 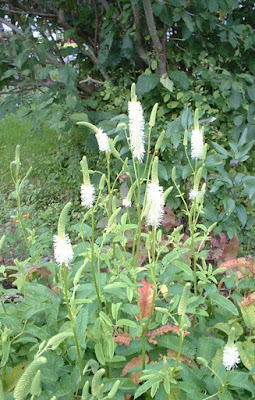 Helenium is known as "Helen's Flower" or unfortunately is sometimes called "sneezeweed."  This is because they used to dry the pedals and turn them into snuff...  sniff them in ... and sneeze!  I have a few compact varieties left for sale. 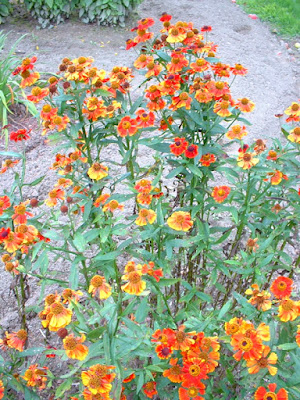 This group of Eupatorium, or Joe Pye Weed, had loads of butterflies flying around it, but I couldn't get one to pose for me.  I use this flower a lot in late summer bouquets, picking it just as it is opening.  'Gateway' is the variety I carry, as the species is really tall and a little overwhelming. 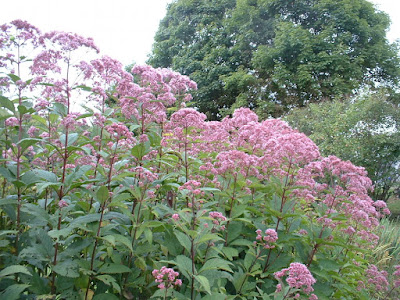 Helianthus 'Lemon Queen' is a tall (5-6 feet) clumping plant covered with soft, lemon-yellow flowers.  It's nice for the back of the border. 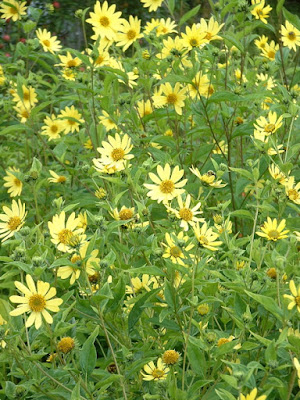 There are two annual flowers blooming right now that are of particular interest to visitors.  I sell them both green in the spring.  Lavatera trimestris (rose mallow) is 2 - 3 feet tall and very prolific.  The blooms are excellent in bouquets.  It comes in white as well, but I have had the best luck with the pink variety (often also called 'silver cup.') 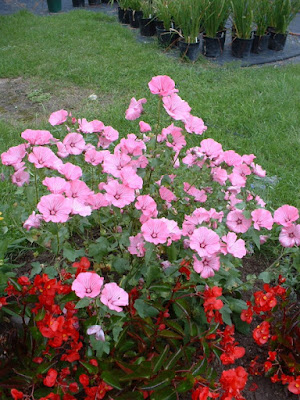 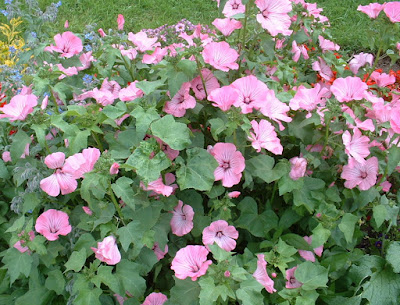 The other annual that folks really like is 'Prairie Sun' rudbeckia.  It is listed in many places as a perennial, but that has not been the case for me.  The blooms are large, 4 - 6 inches,  and like almost all of the nice rudbeckias, I treat this one (and sell this one) as an annual. 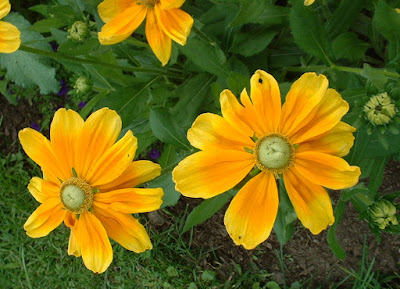 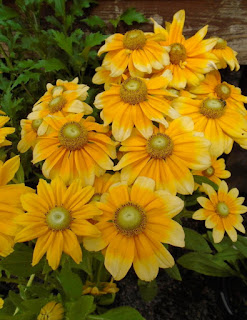 The summer phlox are still providing color in gardens and 'Clara Curtis' is a pink mum that is a true perennial and is blooming away.  It has been a good season here and I have none of these plants for sale at the moment, but the perennials are in the ground growing and will be available next spring.
Posted by Amandainvermont at 4:16 PM